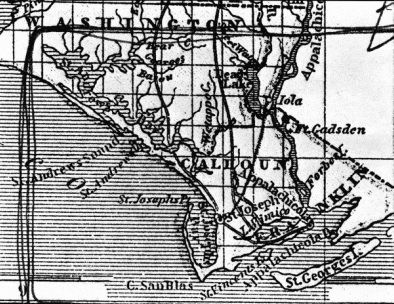 Present Calhoun County has been a part of Escambia, Gadsden, Jackson, Washington and Layfette (the lost county).Calhoun County was created in 1838 and named for the South Carolina United States Senator, John C. Calhoun. The county was created in order to establish St. Joseph as a commercial competitor to Apalachicola. St. Joseph flourished for only a few years. During this time the city served as the county seat for Calhoun County. St. Joseph grew rapidly as a seaport. A railroad was constructed from St.Joseph to Lola on the west bank of the Apalachicola River. Thousands of bales of cotton were diverted from the seaport of Apalachicola over the railroad to St.Joseph to be shipped to England. The first constitution for the territory of Florida was written and adopted in the city of St. Joseph. Yellow fever and hurricanes wiped out St. Joseph. Abes Springs Bluff served as the county seat of government after the destruction of St. Joseph until 1880. A two story frame building was constructed near the Blount Bluff and served as a courthouse and office building for Calhoun County. A town was surveyed and laid out in streets, lots and blocks for the small town which lay adjacent to the Apalachicola River. 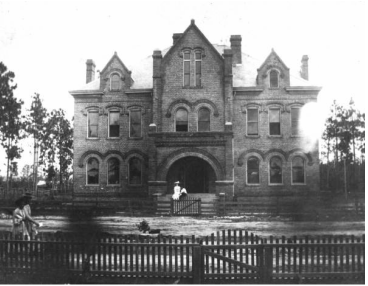 of the river town. In May 1903 the present city of Blountstown was chartered. The first Mayor, Francis Marion Yon had mapped out the town into streets, alleys, blocks and lots. Yon’s plat is still recognized as the first area surveyed for the city.

In 1904 Calhoun County Commissioners awarded a contract to construct the court house (now known as the old courthouse) on Central Avenue. Also Pictured at the top of this page.

In 1973 the new and modern Calhoun Courthouse dedicated and
occupied as the seat of government for the county as well as state and federal agencies.

From 1838 until 1890 Calhoun County had a slow growth. Ocheesee, Blountstown and lola were the chief river landings until the 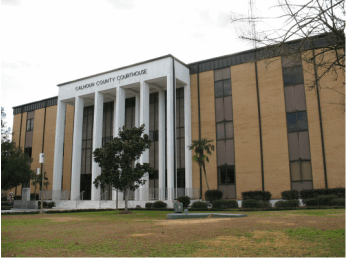 end of steamboat days. Many farmers from North Carolina, South Carolina, Virginia, Georgia and Alabama found the river valley along the Apalachicola very fertile for growing cotton and Indian corn.

After Indian Chief John Blount was removed to Texas his reservation along the Apalachicola River reverted to the United States. A number of cotton planters immediately purchased patents from the U.S. Shadrick Sutton bought the major part of the Blount reservation. However a number of other settlers became large land owners in the area.

The town of Ocheesee has a most interesting history. The first military road from Pensacola to St. Augustine crossed the Apalachicola River at Ocheesee Bluff. Perry and Mill real estate promoters mapped out a town and sold lots in 1829.

In 1832 the territorial legislature created the county of Fayette and made the town of Ocheesee the county seat. A number of people from Tallahassee purchased lots in the town with the expectation of a real estate boom. The legislature abolished the county in 1834 and Ocheesee grew very little. It served as a community center for a number of years for a number of planters who acquired large acreage along the Apalachicola  River. When cotton farmers exhausted the fertile lands in Virginia and Carolina a small number purchased river bottom lands around Ocheesee. The lands bordering the Apalachicola River became known as “Little Mississippi”. 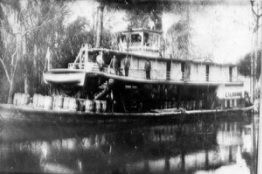 From 1840 until 1860 cotton growing became a very lucrative business for Calhoun County farmers. A number of settlers became planters by 1860. The most outstanding planter was Jason Gregory. Gregory realized the most importance of the cotton area. He was able to buy practically all the lots in the town of Ocheesee as well as acquiring thirty six hundred acres of farm land. Gregory owned large acreage in both Jackson and Gadsden  Counties. Later he owned lands in Alachua County. The Gregory home became a social center for the area from Marianna to Pensacola. The river boat landing was the chief river port for Jackson County as well as other surrounding areas. From 1850 until 1865 the Gregory home on the west banks of the Apalachicola River was a true of the southern planter’s life. Gregory’s children received college educations. In the late 1850’s as many as thirty steamboats were plying the Apalachicola from Georgia and Alabama to Apalachicola. The Gregory home was known as the most hospitable home between Columbus and Apalachicola. State officials from Tallahassee, United States Judges and office holders from Pensacola and Apalachicola often visited the Jason Gregory family. The social events which were given by Jason Gregory are legend. He was often invited to visit Tallahassee and Pensacola and even Washington City.

The War Between the States brought an end to the planter life. Calhoun County as well as other cotton growing areas ceased to exist as well to do communities. 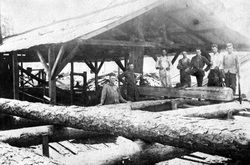 The county showed little growth from 1865 to 1890. Timber and the naval store industry became the money making industry by the turn of the century. The large cypress trees, many of them over three hundred years old, were cut from the swamps and rafted and floated down the Chipola and Apalachicola Rivers to the large sawmills at the mouth of the river. Mills from Boston and other eastern cities found this area the best for virgin timber. The mill operators and merchants financed many loggers until 1910.Naval store operators were heavily financed by northern capital and found the county the best long leaf yellow pine timber in the South. Scores of turpentine camps sprang up over the county. An abundant labor supply was transported from Georgia and South Carolina. Calhoun County became one of the fastest growing counties in Florida from 1910 to 1920. Large corporate sawmills moved into the county during this decade. Pennington and Evans employed hundreds of laborers in manufacturing the tremendous supply of long leaf pine. In 1917 Neal Lumber and Manufacturing Company moved into old Blountstown and acquired seventy thousand acres of hardwood timber land, most of it along the Apalachicola River. Before World War II more than five hundred personnel were employed by Neal. Using proper conservation methods Neal now had more than eighty thousand acres of timber growing land. 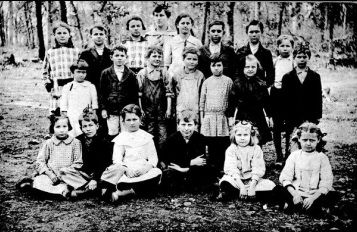 schools were built in the county, Port St. Joe, Wewahitchka, Blountstown, and Altha and later Frink and Kinard built brick buildings in their particular area. Before 1920 as many as thirty district schools accommodated the pupils in small communities. With paved roads and school buses all schools have been consolidated in four centers. Church membership in the county is rather large as compared to large cities. A number of large and new buildings have been constructed or renovated since World War II. Wars have greatly influenced the county. In the War Between the States the county suffered heavy casualties. When United States declared war on Germany in April 1917 the National Guard was sent to military camps within two weeks. Following Pearl Harbor a number of volunteers and draftees were immediately sent to training camps. The county lost over thirty native sons in the conflict. Casualties were suffered in the Korean conflict; the Vietnam exacted a heavy toll of local servicemen. Two of Calhoun County native sons were elected to high state offices. Fuller Warren was elected to a four year term as Florida’s Chief Executive in 1948. Rivers Buford served several terms as Chief Justice of the Florida Supreme Court. A number of Calhoun Countians served in the Florida Legislature. 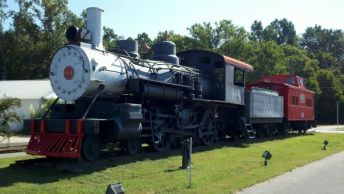 For 63 years (1909-1972) the Marianna and Blountstown Railroad was Calhoun County’s link to the railroads and commerce of the nation. Sometimes known as “Many Bumps” or “Meat and Bread,” the M&B had a significant impact on the lives of Calhoun Counties. Until 1929, before automobile travel was commonplace, the M&B provided passenger service. Farmers used the railroad to ship a wide array of agricultural products. In the early years, logging spurries extended into remote areas of the county and millions of board feet of long-leaf pine lumber were shipped from local sawmills. The M&B also carried mail, manufactured goods and building products. During its operation, the 29-mile-long line was Florida’s shortest railroad. Until 1938 it ran 16 miles farther south to Scotts Ferry. Steam locomotive #444 was in operation when the M&B’s first diesel engine arrived in 1947 and rests today on the exact location of the M&B roadbed.